A straightforward look at the day’s top news in 20 minutes. Powered by ABC News. Hosted by Brad Mielke. 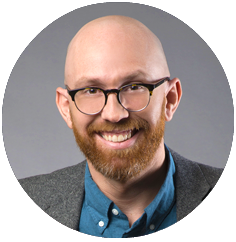 Brad Mielke is an ABC News correspondent based in New York and hosts ABC’s daily news podcast “Start Here,” which takes a straightforward look at the day’s top news in 20 minutes.

Brad has interviewed some of the country’s biggest newsmakers including James Comey, Representative Alexandria Ocasio-Cortez, Bill Gates, Kathy Griffin and more. Since its launch in March 2018, “Start Here” has posted special episodes on some of the world’s biggest events including the Singapore Summit, the testimony of Brett Kavanaugh & Christine Blasey Ford, the State of the Union and most recently, the Mueller report, with Brad at the center of the podcast’s reporting.